Kombucha or tea mushroom is the same name of the drink, which resulted from the symbiosis of yeast fungus with bacteria native to China. The exact composition of the tea mushroom is unknown, as it may be different. The drink was called tea mushroom in the Soviet Union, and could have been found almost in every home. Today it enjoys a new wave of popularity, which came from the West, rather than from the land of its origin. Unfortunately, what can be seen on store shelves is often just a way to sell a not-quite-useful drink, taking advantage of people’s weakness for trends.

The drink based on the tea mushroom is rich in nutrients and vitamins, especially of group B, which is not surprising because it contains edible yeast.

Kombucha is a source of probiotics and a fermented product that is very useful for the body. The probiotics in its formula help maintain a healthy intestinal microflora, thereby strengthening the immune system and helping to digest food.

Besides, tea mushroom is also an antioxidant that protects the liver. First of all, this claim is true for a variety of drinks based on green tea.

“Tea kvass” (another name for kombucha) has an antibacterial effect due to the acetic acid it contains that is formed during fermentation. There are studies that claim that kombucha inhibits the activity of Staphylococcus aureus and other bacteria.

Tea mushroom reduces the risk of developing type II diabetes: it slows down the breakdown and absorption of carbohydrates from the intestinal lumen. Besides, the drink (especially based on green tea) prevents cancer, as it can inhibit the growth of cancer cells. 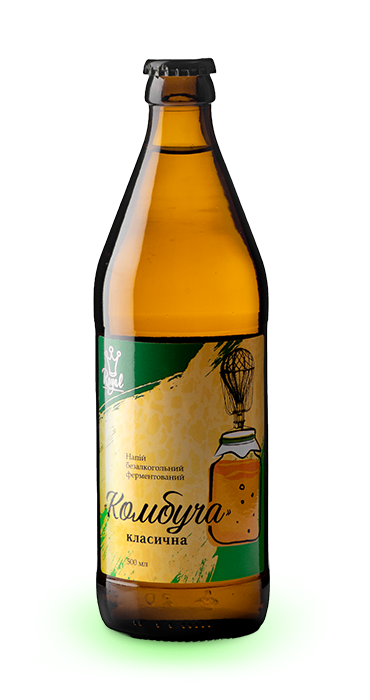 It is a fermented drink based on black tea. First of all, it is a healthy alternative to a variety of sweet lemonades. As it is a fermented product, it can have a positive effect on metabolism.