Applespritz – a drink of the new era

Applespritz – a drink of the new era

Royal Fruit Garden is currently one of the major national players in the market of cider production, production of fermented beverages. Without stopping at its achievements, the Company introduces innovative approaches to beverage production in its business activities.

The next step was the production of a special group of refreshing sparkling drinks TM “Applespritz” based on cider TM “Cider Magnum Sekt” dry. 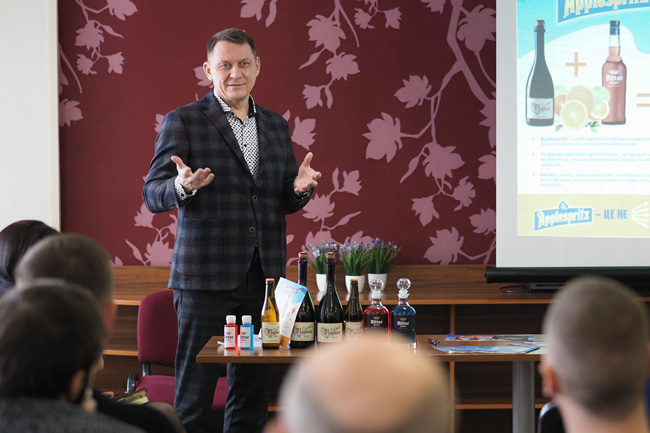 We asked Ye.Yu. Molodtsov (the General Director of the Company) for an insight into what exactly Applespritz is

– What kind of cider is it?

– Applespritz is not a cider! Spritz is a special group of refreshing sparkling alcoholic beverages that stemmed out of the Italian cocktail culture. The International Bartenders Association classifies them as New Era Drinks. And it’s truly so, because Applespritz opens a new era in the soft drink market

– If it’s not cider, then what does it have to do with apples?

– Indeed, Applespritz is made from fermented apple juice, but unlike a classic cider, we have achieved a flavor profile closer to prosecco than cider

– But is it made just like any other cider?

– NO! Applespritz is a mixture of sparkling apple wine and natural flavorings, bitters 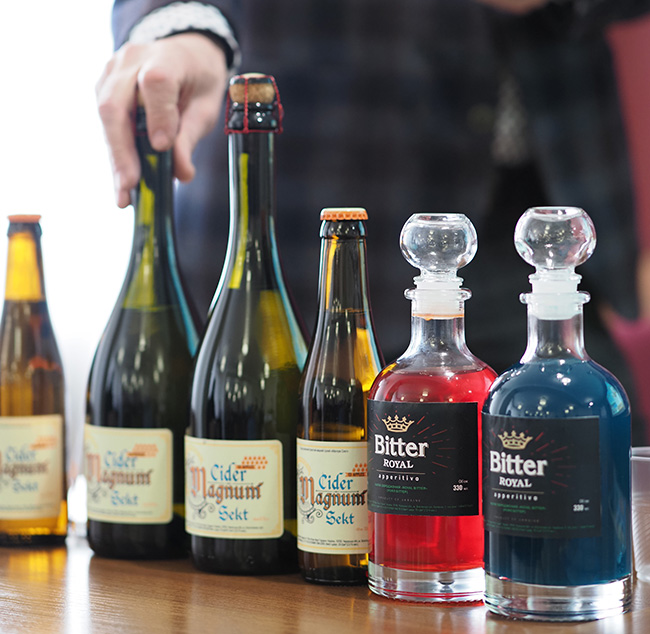 – The color looks unnatural, it is too bright – is it some kind of chemistry?

– NO! Natural bitters are used as natural dyes, which in the hands of our masters allowed creating a drink with not only bright taste, but also color! 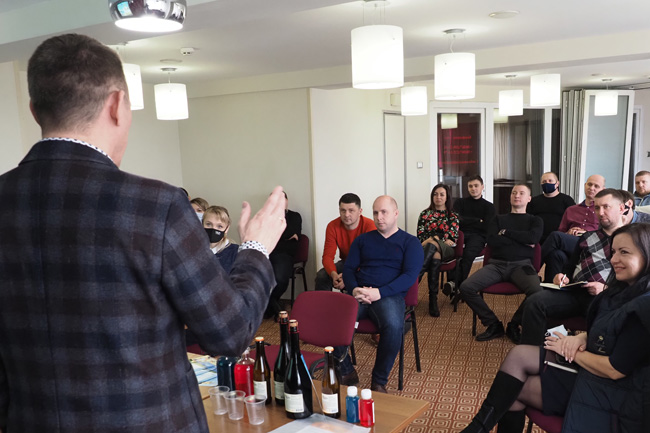 – And what does spritz mean in general? Is it some kind of spray?

– The word spritz is of German origin and means “splash, spark”. Applespritz is really able to cause a burst of bright positive emotions! Just like painting gray everyday life with splashes of positivity and fun!

– How is Applespritz different from its competitors?

– Unlike alcoholic cocktails, it is a product of natural fermentation, a much safer and more natural type of alcohol.

Unlike beermixes and beertails, which usually
contain beer of dubious quality and origin, we specifically produce sparkling apple wine and add it to Applespritz.

Unlike cider, where the flavor profiles are more traditional and conservative, Applespritz is an “open book” with the widest range of flavors and colors.